Authors note: I asked my fifteen-year-old son, Andrew, to jot down his thoughts about this blog post, particularly on how he views his generation’s potential. Instead, he decided to write responses to what I had already written. I love it! Thank you, Andrew, for sharing your insights. I hope we have many more collaborations. By the way, his words are bold and teal; my words are dark gray. One last suggestion, if the back and forth seems too confusing, read all of my words first, skipping over his paragraphs; then start over and read his response, skipping over mine. Thanks!

One of the toughest challenges I’ve had as a parent is understanding my children. They’re not mini-mes. Yeah, God has had plenty of surprises for me as far as they’re concerned. Some have been amazing; some have caused me grief. His desire, however, is to pull us closer to him. In an imperfect world, he’s sometimes pulled me slowly and gently; he’s sometimes pulled me kicking and screaming. But maturing as a person and a parent is a process.

I think it is important to see that you have room to mature even though you are an adult.

It’s likely rare, but sometimes we may become fully formed in our parenting potential too late. After all, they grow and change so fast, but I don’t want any parent to look back on that as a legacy.

So I want to share a brief thought on one thing that’s helped me—shaped me—as a parent to teens: As I was writing Lowly, maybe even before, I had to look back on my own teen years. In excruciating detail. I didn’t just want to write a book that would sell. I wanted to write a book that would help people. I felt to do that, I had to relive what I had gone through during that time in my life.

I had to be honest about who I was back then, and I had to think on my teenage peers to see them in a truthful light as well. Am I Lola, the main character of my book? No, her personality varies vastly and her story veers off from mine.

So who was I? I was angry. I was confused. I was a high achiever and competitive. I desperately wanted acceptance, love, and admiration from everyone—a major people pleaser. Those three things set me up for a ton of internal and even external conflict.

These days people are obsessed with making other, more “popular” people accept or appreciate them. Unfortunately, some people will never get the acceptance they want. Their idols will shake them off or lie about how they feel about them. I think it sometimes is a good thing to be “selfish,” and to do what or act how you feel like, not how someone else does or wants you to.

But thinking about who I was then has also caused me to evaluate who I am now. I’m still growing, but God has brought me so far! First off, he’s shown me how he, more than anyone else, loves and accepts me, tempering my people-pleasing. Through my life experiences, he’s shaped me to be more accepting, creative, and brave. Because of tough life events and mistakes, I’ve grown more than I could ever imagine. It’s built my trust in him and helped me to see the ups and downs of my family with hope.

God accepts his followers no matter what they are like, and sometimes people think they are justified for rejecting and slandering other believers who do or say this or that. It is important to remember that we have our own faults and quirks, and are not perfect angels.

So close your eyes. Think back. Think back about twenty to thirty years ago. Remember who you were then. Were you rebellious? Were you mean or judgmental–waltzing around like you hung the moon? Did you sleep around or take drugs? Be brutally honest. Trash the denial. Then if you haven’t already, forgive yourself, and if you’re able, seek forgiveness from God and others who you may have harmed.

Then think about who you are now. Think about how you’ve changed for the better.

Maybe this will grow your understanding of your teens, maybe not, but it should grow your hope in God.

And doesn’t that beautiful, tiny bud of promise smell sweet?

Because if you can come as far as you’ve come, they can, too.

Especially if you became a Christian later in life, don’t hold onto and/or beat yourself up over the past. It will only impede your progress towards what really matters: the future. 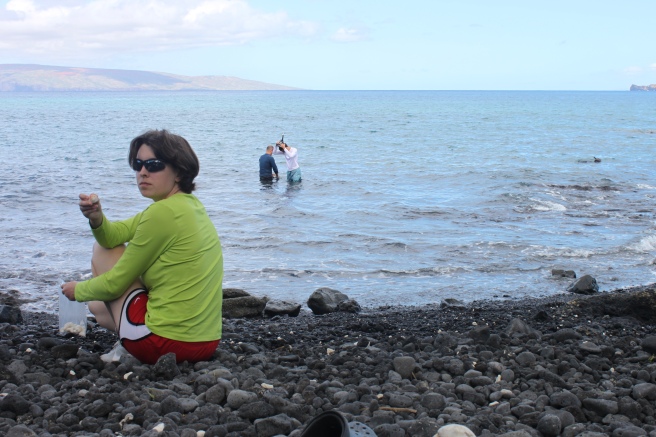